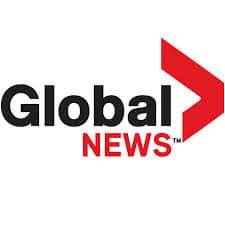 Drivers all over North America can expect steeper gas prices this summer compared to last year. But in Canada, the stalemate over the Trans Mountain pipeline could make things worse.

American motorists can expect to pay 14 per cent more than last year this summer, according to the latest forecast from the U.S. government. That matters to Canadians because pump prices in this country follow the fluctuations of the wholesale price of gasoline in the U.S., said Roger McKnight, senior petroleum analyst at En-Pro International.

There are a number of factors putting pressure on prices. Saber-rattling between the U.S. and Russia after U.S. President Donald Trump threatened missile strikes in Syria sent oil prices to a three-year high this morning. There’s also OPEC, the Organization of the Petroleum Exporting Countries, where Saudi Arabia is hoping to push the crude price to US$80 a barrel to fund its ambitious social policies. Another factor is the U.S. now shipping more and more oil abroad, which means domestic prices have to rise in order to stay competitive with international markets.

Then there are made-in-Canada irritants. Carbon taxes, a weak loonie and refinery challenges mean “prices are likely to break records not seen at the pumps since the summer of 2014, when oil traded at or above US$100 a barrel,” Dan McTeague, senior petroleum analyst at GasBuddy, wrote in a recent analysis.

Now, on top of those long list of woes, one can also add Trans Mountain in Canada, according to McKnight and McTeague.

The escalating dispute between Alberta and B.C. over a $7.4-billion expansion of the existing Trans Mountain pipeline, which carries Alberta crude to the B.C. coast, threatens to drive up Vancouver’s already steep prices.

B.C.’s Lower Mainland is supplied by the Burnaby Refinery, which is the end point of the Trans Mountain pipeline system.

Prices in the region have recently surged to $1.50 a litre in some locations, partly because of local refinery challenges. But the area also faces a longer-term supply shortage that Trans Mountain would help alleviate, according to Dan McTeague, senior petroleum analyst at GasBuddy.

The pipeline expansion would “see more gasoline delivered to Vancouver from Edmonton, thus forcing prices down and relieving the area from a chronic shortage,” McTeague wrote in a recent analysis of market conditions.

Instead, Alberta’s New Democrat government served notice on Tuesday of plans to introduce legislation that Premier Rachel Notley has said will give the province the power to reduce oil flows and likely cause gas prices in B.C. to rise even higher.

The pipeline quarrel among B.C., Alberta and the federal government heated up last weekend when Kinder Morgan Canada announced it was suspending work on the pipeline upgrade because of opposition in B.C.

The regional impact on gas prices of the delays and political squabbles is “huge,” McKnight said. But its ripple effects could reach far beyond B.C., he added.

The stalemate is going to put further pressure on the Canadian dollar, which could sink as low at 70 cents per U.S. dollar, he predicted. The loonie was trading at 80 cents on the U.S. dollar on Wednesday at 12.30 p.m. Eastern.

Since oil is traded in U.S. dollars, “if you have a 70-cent loonie, then a US$100 a barrel of crude becomes $130 to the Canadian consumer,” McKnight said.